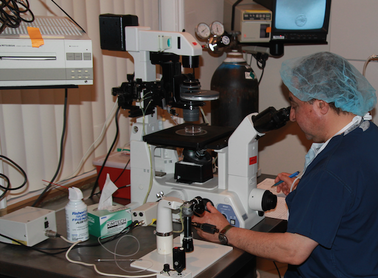 Our infertility laboratory uses state of the art equipment to optimize results for our lab tests and procedures. Our team is dedicated to helping you achieve your dream of parenthood. The laboratory is inspected yearly by the College of American Pathologists.  Our facility is kept up to the highest standards.  We are an approved facility of the College of American Pathologists (CAP approved facility). 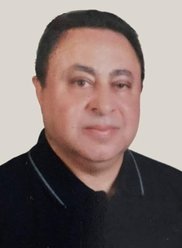 He has several publications and abstracts and he also is a team member inspector in the College of American Pathologists.

Education: Tarek Abozaid received a Bachelor of Science Degree from Ain Shams University, Cairo, Egypt, with a major in Microbiology and Plant Pathology.
He was a senior embryologist at IVF Michigan, Rochester Hills, Michigan and Hurley Medical Center, Flint, Michigan.

Abdelshahid Magar, BS - Embryologist/Andrologist
Abdelshahid Magar has been working as an embryologist in the IVF laboratory for IVF Michigan Rochester Hills & Flint, PC since September 2016.  He earned his Bachelor of Science Degree from Cairo University.  Mr. Magar has over 15 years experience in Embryology and Andrology and in the IVF laboratory.  Over the years he attended different workshops in the Spain and in Denmark.

Swati Ray, BS Microbiology - Andrology
Swati received her Bachelor of Science in Microbiology. She also is a certified Medical Laboratory Technician by the American Society for Clinical Pathology.  She has 20 years of experience as a Medical Lab Technician.  She always has been great at multi-tasking and enjoys learning new things.  She is a reliable team player.
With excellent skills, education and dependable professionalism, Swati recently joined our Andrology team, where she feels that she can place the needs of the patient first.

DR. IQBAL KHAN, Ph.D. - IVF Michigan Rochester Hills & Flint, PC    Offsite Scientific Director of Laboratories
Dr. Khan, Scientific Director of Laboratories at IVF Michigan is a world leader in the field of embryology. His technical expertise as an embryologist is well known, and he is the driving force behind the highly successful IVF lab at IVF Michigan. Dr. Khan is certified as High Complexity Laboratory Director (HCLD) through AAB. He is also a certified IVF laboratory inspector of College of American Pathologists. Dr. Khan has published more than 100 articles and book chapters.

Education: Dr. Khan received M.Sc. from Bhopal, India and Ph.D. from the University of Ghent, Belgium. He completed his post-doctoral research at Imperial College, University of London, England, and the University of Wageningen, the Netherlands. Prior to joining IVF Michigan in 1998, Dr. Khan was Director of IVF/Andrology Labs at F.I.R.S.T. IVF, Saginaw, Michigan (1990-1998). He has also held the positions of Senior Embryologist at the IVF Institute of Vilvoorde, Belgium (1983-1986), and Senior Embryologist at the Center for Reproductive Medicine, Academic Hospital VUB, Brussels, Belgium (1986-1990) under Prof. Dr. A. Van Steirteghem. During this time, Nobel Laureate Dr. R. Edwards was a visiting professor at the Academic Hospital. Dr. Khan was instrumental in teaching embryology to many scientists, including Dr. Gianpiero Palermo, who later discovered Intracytoplasmic Sperm Injection (ICSI).

Awards: In April 2014, Dr. Khan was named Embryologist of the month by the American College of Embryology.